I do LOVE all animals.But at the moment concentrating on stopping puppy farms and tighter control on the factories.THERE ARE MANY THOUSANDS OF BITCHES BEING BRED TO DEATH IN APPALLING CONDITIONS IN FARMS.BETTER IN THE FACTORIES BUT ONLY BECAUSE THEY WANT A COUNCIL LICENSE,WHICH THE GENERAL PUBLIC TRUST ???. 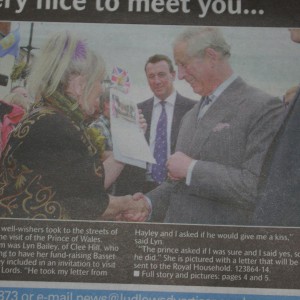 People could use the letter below as a template just adding their own MP,would need to post to PM. They need to put their name and address. PLEASE HELP.

PLEASE SHARE AND SEND A COPY TO YOUR MP AND THE PM.

To The Rt Hon David Cameron,

Please take the time to read the below.There are many thousands of animal lovers in the UK,= voters.

My definition of a PUPPY FACTORY IS

= They are a kennels that sells numerous breeds,they have a COUNCIL LICENSE.
AT THE MOMENT THE TAX PAYER PAYS FOR THEM TO BE INSPECTED.

License fee’s are TOO LOW,I suggest the fee should be £2000.00 for every SIX breeding bitches.ALL dogs must be micro chipped and records kept by the council and inspected every six months.If they do not pay the license fee,they become a PUPPY FARM,which of course can be closed down.
Many of the public trust a Factory because they have a council license. Many puppies die from these places due to the mother being bred twice a year,the pups are weak and sickly. The mothers have a life of misery for 6 or 7 years,only to be disposed of when she is no longer able to produce puppies.

The council cannot say they do not have the funds. THE PUPPY FACTORY WILL PAY FOR PROPER INSPECTIONS, NOT THE TAX PAYER.Why should the tax payer pay for a puppy factory to earn over a million pounds a year.
How much of a puppy factories income is TAX FREE, if proper records are not kept.

= They breed and sell numerous breeds TO PET SHOPS AND GARDEN CENTERS,they do not have a council license.
Dogs kept in these places are very often kept in appalling conditions,puppies die very often after sale.Bitches are disposed of as cheaply as possible when they can no longer produce puppies. The bitches are often killed,shot,clubbed to death,whichever is cheap and they can get away with it.

MOST EARN THOUSANDS OF POUNDS and guess what ITS TAX FREE.

STOP PET SHOPS AND GARDEN CENTERS FROM SELLING PUPPIES.
The puppy farmer then has no way of selling their puppies (other than friends and relatives in towns) so they will have to stop breeding,or at least they will only be able to sell a few puppies through friends.

STOP FREE ADVERTIZING OF PUPPIES. This is another way for puppy farmers to sell puppies and of course the puppy factories,they earn MANY thousands of pounds and get FREE advertizing.